The superhero animated film "Spider-Man: Into the Spider-Verse", jointly created by Sony Pictures and Marvel Pictures, is highly recognized, and "Little Black Spider" Miles Morales becomes the focus of discussion, screenwriter Phil Rhodes Even more directly said: "It is great to be able to tell this story!"

In fact, this new work is indeed the most special existence of the Spider-Man universe. From the style to the characters, it is different from the previous superhero movies and animated films. More Spider Man Cosplay Costumes.

Spider-Man: Into the Spider-Verse tells the story of the protagonist Miles Morales who has generated a superhero "Little Black Spider" from ordinary high school, and other Spider-Man from different universes will also be in the movie. He fought side by side with him, and this was the first time they met on the big screen.

Director Peter Ramsay said that the role of Miles is very attractive. An important reason for the existence of this new Spider-Man movie is to introduce the most popular Spider-Man character.

In this regard, producer Christopher Miller added: "This film shows a group of people, Miles is a special presence in it, this role is very interesting, and he makes the film special." Phil Rhodes also praised Shamek Moore, a young actor who voiced Miles, praising his efforts for the role. He also said that he was very involved in the dubbing and once shouted: "I want to be Miles!" 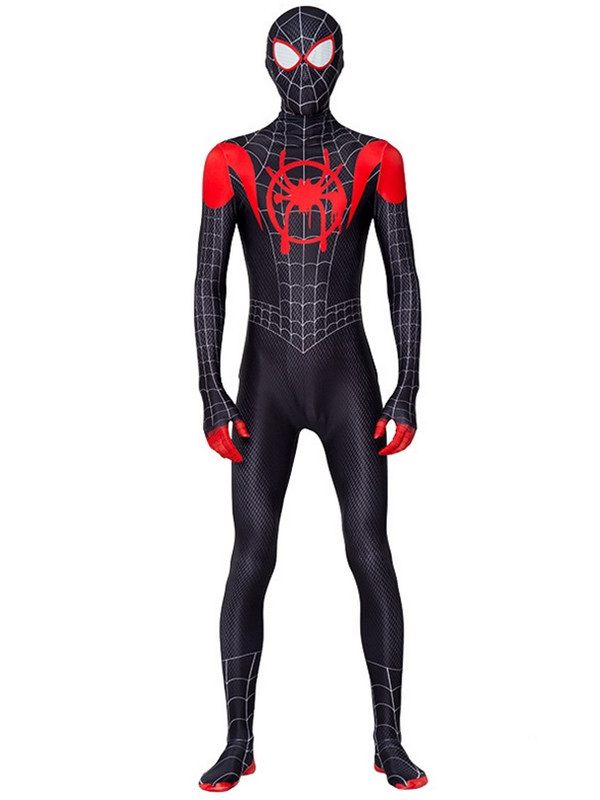